Welcome to the Night of the Living Shed

​The multi award-winning short film about a shed that eats people...

“Loaded with laughs and gore to satisfy in this very niche sub-genre you never knew you needed.” HorrorTalk
​
Jack loves a bargain. And he loves sheds. When he buys suspiciously cheap second-hand parts to build his dream shed, he and long-suffering wife Helen find they’ve got more than they bargained for: a killer shed with an appetite for blood. As the body count rises, and the shed’s ferocious appetite grows, Jack is faced with a horrifying dilemma. A comedy horror about a man’s twisted love for his shed… that eats people.

23 other award nominations!
​
Blood Shed is a dark and twisted but laugh out loud comedy, with a Creepshow look and sound, synthesizer music, LOTS of Evil Dead-style blood, and comic book panels. It’s a love letter to 80s horror anthologies, while telling a bizarre new tale with a unique monster.

Shot in April 2017 in London, following a very successful Kickstarter campaign, #nightofthelivingshed is very much alive! 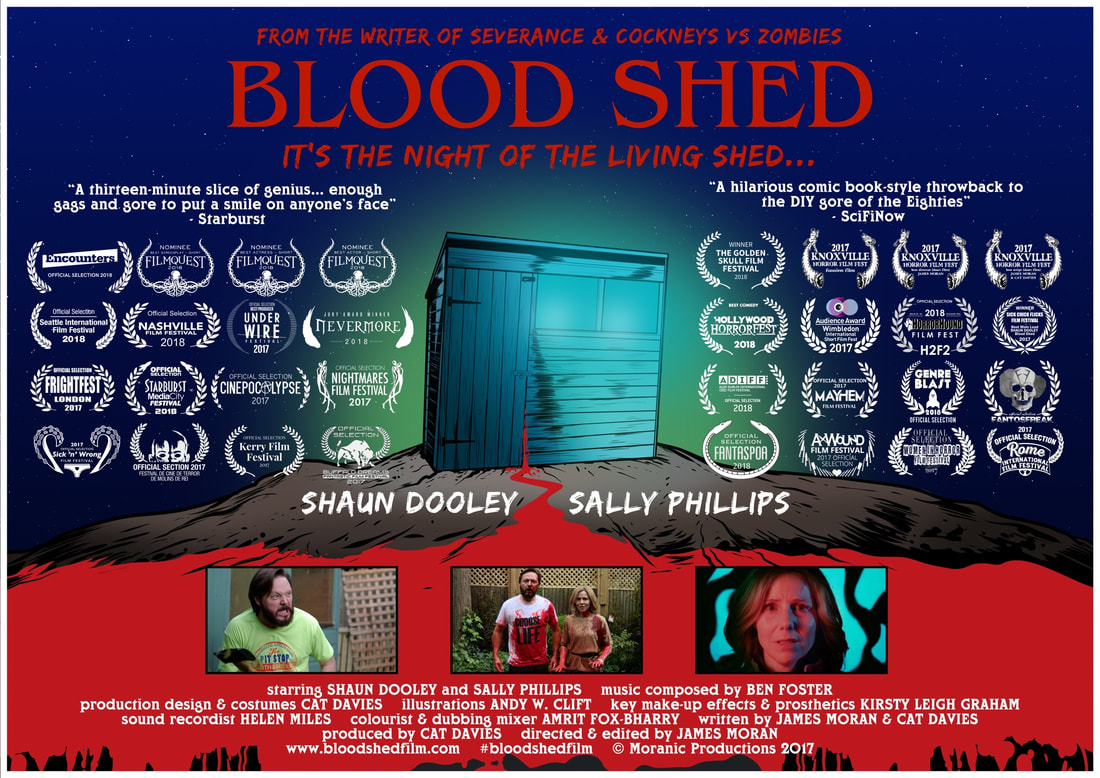