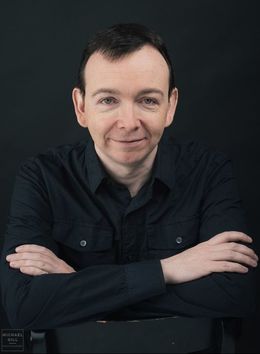 James wrote the movies Severance, Cockneys Vs Zombies, Tower Block, and also contributed script work to The Borderlands (released in the US as Final Prayer). He is currently adapting the Young Sherlock novels into feature films.

For TV, he has written episodes of programs including Doctor Who (The Fires of Pompeii, which featured Peter Capaldi and Karen Gillan’s first appearance on the show in other roles), Torchwood, Primeval, Crusoe, Spooks, The Sparticle Mystery  and Eve. He also contributed an episode for the third season of Crossing Lines (NBC/Tandem), for the upcoming animated series The Rubbish World of Dave Spud (The Illuminated Film Company), and the new series Curfew (Sky One) is based on his original film script.

James has directed several popular “Turn Off Your Bloody Phone” idents for FrightFest, and his shorts and features have played at festivals all over the world, winning several audience awards.

James is represented in the UK by Jonathan Kinnersley at The Agency, and in the US by Abram Nalibotsky at Gersh. 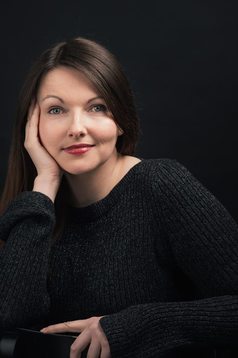 ​Cat is a writer, filmmaker and producer. She was part of BAFTA Crew TV/Film programme 2018 as part of a cohort of writers, directors and producers working towards their debut features. Her horror feature pitch was selected for FrightFest’s New Blood scheme 2018, with mentoring by BAFTA-nominated UK producer Jack Tarling (God’s Own Country; Await Further Instructions) horror icon Barbara Crampton, director (The Ranger) and producer Jenn Wexler and Queensbury Pictures’ Giles Edwards.

Her short films include the award-winning KEEN-wah and multi award-winning Connie, starring Catrin Stewart (Doctor Who, Stella) which is distributed by Shorts International across numerous territories and is available on iTunes. She directed the Arrow Video FrightFest 2018 opening ident, Shushpiria. Cat has two shorts coming in 2019.

She is co-writer and Producer of multi award-winning hit comedy horror short, Blood Shed, starring Sally Phillips (Veep, Alan Partridge, Bridget Jones films) and Shaun Dooley (The Woman in Black, Misfits, Broadchurch, Gunpowder), which has played more than fifty festivals, won ten awards and been nominated for many more. The film has just been licensed by Shorts International for ShortsTV and wider TV rights, and iTunes. It will also be included in a new American feature film anthology.

Cat has worked in broadcasting since 2005 at the BBC, Worldwide and ITV across TV and radio genres including radio drama, documentaries and entertainment, as a researcher, co-ordinator, editorial project manager, production manager, and publishing/brand executive managing the DVD/Blu Ray and digital releases of some of the UK's biggest comedy shows. She was Project Manager of The Listening Project with BBC Radio 4, a Sony winner, and Production Manager of the prestigious BBC Food & Farming Awards. 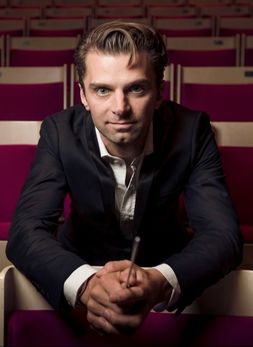 Ben is a composer who has written for the first three series of Torchwood which earned 3 BAFTA nominations for best music, the natural history drama Hidden Kingdoms, the smash-hit thriller Happy Valley, the gritty, Afghan-war based Our Girl, Scott & Bailey, and The Good Karma Hospital. Ben has also arranged and conducted Sir Paul McCartney’s single ‘Hope’, Doctor Who and the film Poltergeist.  In 2015, Ben wrote scores for Thunderbirds Are Go (co-written with brother Nick Foster, for which they received a BAFTA nomination for Best Music in 2016), and Banana. Film work includes The Grey, Prometheus, and Prisoners. For Blood Shed, Ben Foster is working with his long-term collaborator and Synth-Wizard Toby Pitman. Toby has worked as synth programmer on Happy Valley, Our Girl, Scott & Bailey, Good Karma Hospital, amongst others. Ben and Toby are already firing up the synths to conjure up some analog mayhem! 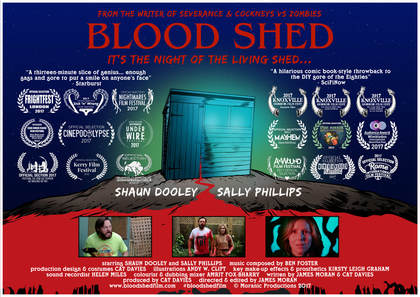 Andy is the illustrator of our storyboards, comic book panels featured in the film, and poster artwork. Andy is a UK-based comic artist, animator & storyboard artist. Over the last few years, Andy has animated and directed many music videos and short films, including as lead animator of a short included at Sundance 2012. In comics, Andy has illustrated stories for The Pride, both volumes of Samurai Slasher as well as co-creating the ongoing web series, Sgt Steel: Allied Avenger. Andy also created the bear-centric adventure miniseries, Bertie Bear.
Crew 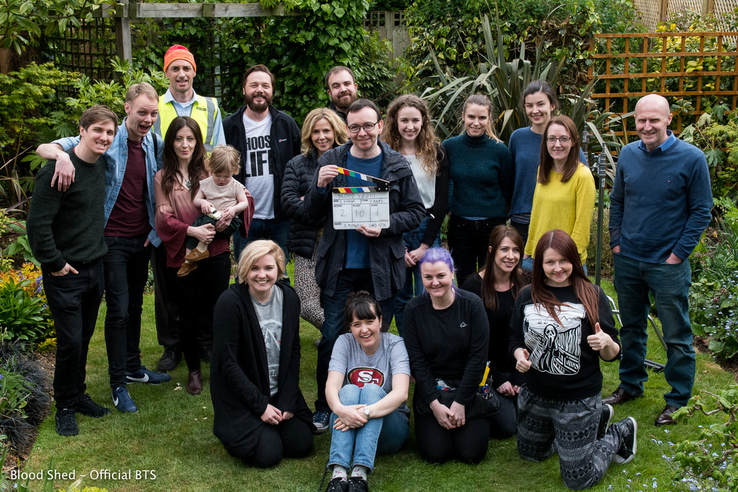