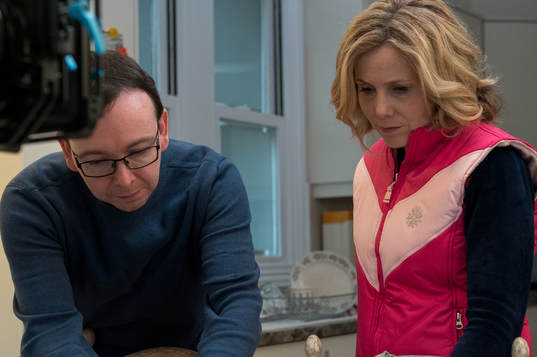 Blood Shed is my homage to 1980s horror anthology movies, with George A Romero and Stephen King’s Creepshow a specific influence on the visual style. I wanted lots of red and green lighting, synthesizer music, bizarre situations, and comic book style illustrations of the opening and closing shots. I grew up on 80s splatter and weird, surreal horror, so this feels like coming home for me.

It’s a very specific, unusual tone: heightened situations, with characters responding to bizarre events as realistically as possible. In other words, it’s funny for us, but not for them. The hyper-real tone is contrasted with the down-to-Earth awkwardness of a husband and wife dealing with a challenging situation without being embarrassed in front of their neighbours.

This is the first piece of work I’ve co-written with my partner, Cat Davies, and we really worked well together, with the final result being something that sounds like both of us and neither of us at the same time. She had the initial idea, which was - “Blood Shed - it’s a shed that eats people”, and then we ran with it.

We embarked on an epic Kickstarter campaign in February 2017 to raise the full funding for the film. The Kickstarter was a great learning experience, and it was amazing to see so many people wanting to help us get this beautiful nightmare made. We had great support from international press and bloggers, critics and film fans, and were successfully funded – 114% funded of our £10,000 target – a month later. 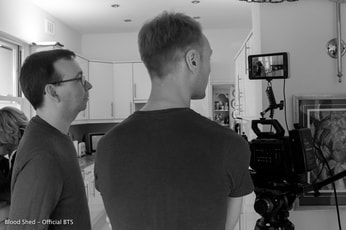 ​We threw everything into it, and into pre-production, with Cat designing the look that we’d discussed, finding old 80s props, and raiding vintage shops for our eye-wateringly accurate costumes. The film was shot over just two days in London in late April 2017 and was a multi-camera shoot. The cast - Shaun Dooley (The Woman in Black, Gunpowder) and Sally Phillips (Veep, the Bridget Jones movies) - were incredible, going above and beyond the call of duty. I’ve never asked actors to do some of the things they had to do in this, and I’m still stunned that they took it in their stride, with smiles on their faces, and blood and guts in their hair.

We had the brilliant Andy W. Clift providing our illustrated comic panels, the incredible BAFTA-nominated composer Ben Foster on synthesizer duties, and the super expertise of Amrit Fox-Bharry on post-production sound and the beautiful grade, so every day was a new joy as the elements came together.

Another reason I enjoyed this so much was the challenge of making an inanimate object a murderer - we’ve seen lots of movies where people get killed in or near sheds and cabins, but none where the shed itself is the killer. It’s one of the most unique “monsters” I’ve seen. It’s rooted to the ground but somehow manages to eat very well. 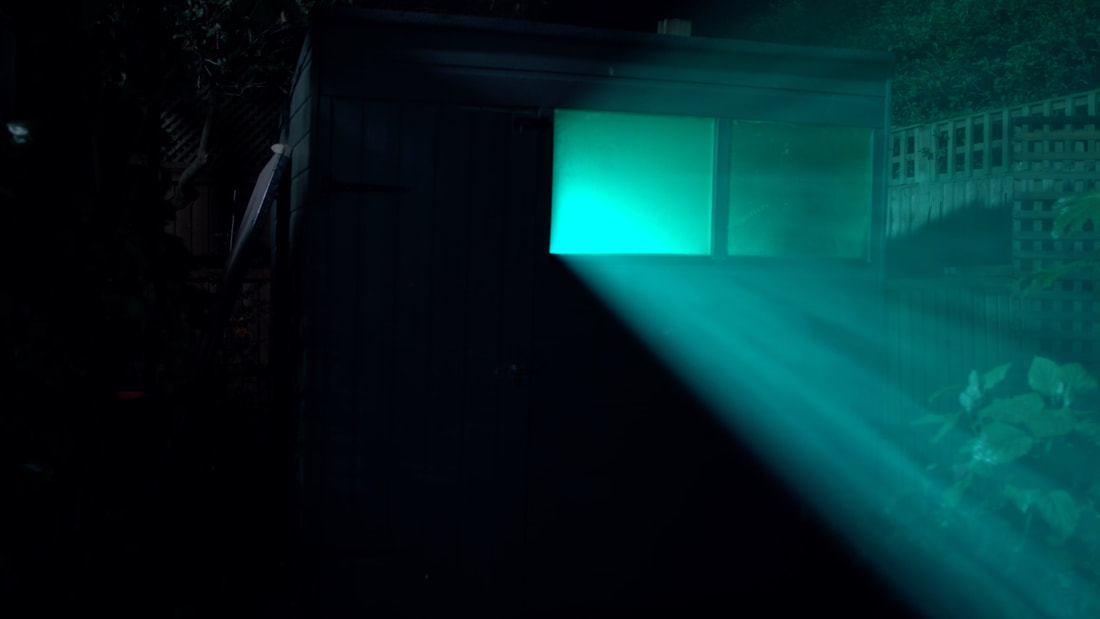 Among all the mayhem and madness, I hope people can identify with the characters as we do. If you were in this situation, what would you actually do? Who could you tell? Would you just try and make the best of things? And how far is too far, what is the line you would never cross? I like to take things to the extreme, and the characters certainly go there. Let’s be honest: we’ve all fallen in love with a shed at some point...
Storyboards by Andy W. Clift
© Moranic Productions 2017 - All images and content on this website are intellectual property of Moranic Productions, and may not be used without permission.